The empowerment project carried out by Synergia sought to ensure the involvement of the remaining neighboring population and residents of the neighborhoods benefited by the construction of the Várzeas do Tietê Park (PVT) in the appropriation of the new spaces.

The program, run since 2011 by the Department of Water and Electricity (DAEE) of São Paulo, aimed at purposes such as:

Our mission was to promote social empowerment so that the population benefited from appropriating leisure equipment, contributing to the sustainability of the project and promoting further improvements for the region.

Synergia planned and executed a participatory construction model for the management of public spaces, using mobilization and social organization strategies. A communication strategy was also implemented that aimed not only at the population directly benefited by the works of the first stage of the program, but at all stakeholders.

Dozens of participatory workshops were held. In them, the community had the opportunity to share their understanding of the project, express their expectations of territorial transformation and define their contributions and responsibilities for achieving the expected changes, establishing an effective social pact. Thus, GAO – Operation Support Group was created, formed by volunteer residents, to ensure that social commitments were fulfilled.

For Miriam Armelin, Synergia’s project coordinator, one of the most interesting points of the project was to note the consistency of the work done and its results, which already guarantee positive effects in the community. “It is a job that continues even after Synergia left the project, through the learning that was created during the process. The groups of residents were formed for this relationship with the public authorities and encouraged to have autonomy in relation to the government, through the transmission of strategies for creating events, community articulation and others”, she says.

Results: Ownership of the population on the new built spaces; emergence of a new territorial identity; community commitment to the preservation and sustainability of urban intervention.

The groups of residents were formed for this relationship with public power and encouraged to have autonomy from the government, through the transmission of strategies for creating events, community articulation and other actions. 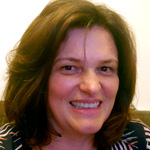 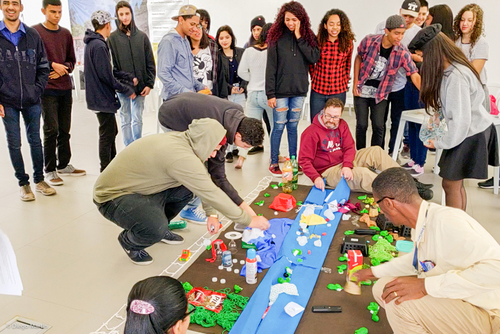 Participatory construction in the community of Várzeas Tietê Park 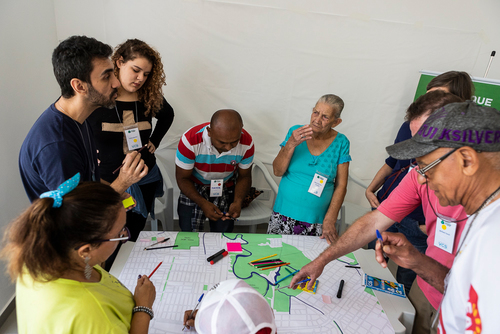 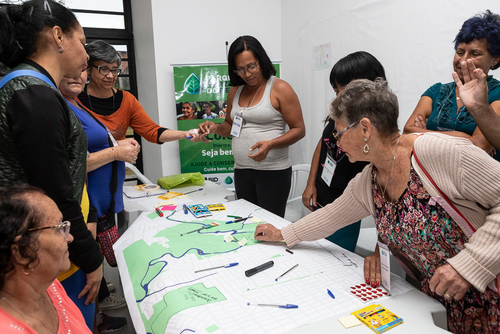 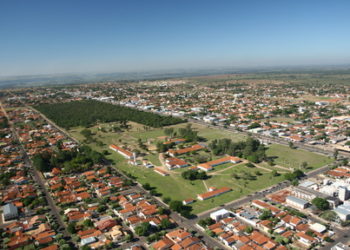